Why Can't I Opt Out of the GREs?

I have dropped off the face of the blogging world.  The reason is two-fold.  First, life at the psychiatric hospital where I work has become unbearable.  From where I stand, there is a mental health crisis happening in this city which is being exacerbated by the continued cuts and privatization of mental health services in Illinois.  And school "choice" has worsened these conditions as public money is funneled into charters which do not serve the children with the greatest mental health needs.  Add into the mix the exhaustion of the longer school day and the weeks of testing and test prep, coupled with spikes in youth violence and child poverty/income gap increases and what we have is a city full of very sick children.  Our facility is running at or over capacity.  DCFS is being crushed by growing need. Insurance companies are paying out less and less.  And Illinois' medicaid benefits are being chopped giving children fewer paid days in hospitals to recover from trauma or abuse.  We are at a critical mass, folks.  And as far as I can tell, the powers that be will do nothing about it.

But there is another, more inane reason why I have not been adding my voice to the bloggosphere chorus:  I have to study for the GREs. 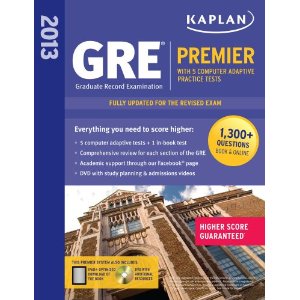 I cannot believe I have to waste my time on this crap.

The PhD degree program I wish to pursue is in Education Policy where I would like to examine the negative effects of standardized testing on children.  And in order to get into the program, I must take an f-ing standardized test.  Oh the irony....

I went to the professor I hope to study under and asked her about opting out of the test.  I suggested sending in some of my writings to demonstrate my ability to succeed in a graduate program instead. The professor said she loved the idea, that the people who would review my application at the School of Education would love that idea, but that the School of Admissions would never let an application without a GRE score reach them.  No, she said, you must take the GRE.

So I asked some of the other graduate students in the program what their experiences with the GRE were.  One student told me "I'm a horrible test taker, so I locked myself in a room for six months to study."  This seemed to be a common response.  Other people told me how they saved and sacrificed to afford a Kaplan course, many of which run in the 1000s of dollars.  The fact that you can, in fact, buy better test scores speaks wonders, don't you think? "Higher scores guaranteed or your money back!"

So I sucked it up, bought myself the practice books, paid the $175, and signed myself up for The Test.

Can I just say how very useless this test is?  I am sitting here today trying to memorize random vocabulary words which I will probably never be able to use in actual writing or discourse because of the decontexualized format in which I am studying them.  I am going over math which I will never, ever use again. It will not help me when I need math for statistical analysis for my actual program.  Afterall, when I need to do statistical math, I will learn the math I need!  It will be useful math, directly applied to what I am studying, rather than disembodied formulas and tricks which I am being forced to jam into my head now.  And as for analytical writing?  I have hundreds of essays for them, essays that were actually published or used in the current education debate.  What use is it to know if I can come up with something on a random topic I may or may not care about, in a few short minutes?  How will that help determine whether or not I will be able to write an entire dissertation?

But the saddest part is that I will probably get a decent score (not great, since apparently I have decided to "waste" my time blogging, or going to the many educational events happening in my city contributing to actually CHANGING the system I would like to study in grad school).  I have always been a good test taker, although I like to quip that I am terrible at, you know, actual life.  I graduated from one of the best public high schools in the country.  We were very well prepared for academic excellence.  (As well as for replicating our privilege.) When I think of the potentially fantastic candidates out there who will be rejected because of this idiotic test, people who are far more knowledgeable than I, I feel like screaming.

And of course, I come back to thinking about the students in our schools being subjected to this waste of time.  To jamming useless facts in their heads to be able to "compete" on the unfair battlefield of labeling, sorting, and punishment.

How much time have we as society lost to the disgusting standardized testing movement?  How much of that time would have been better spent marching, singing, organizing, building, DOING instead of cooped up in a room memorizing nonsense?