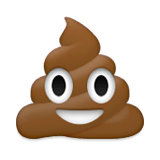 CPS has done it again. If you thought "Student Based Budgeting" was a bad idea (it is) then you will not be surprised to learn about CPS' brand new way to harm kids with budget cuts and to blame principals for the fallout.

Not that CPS didn't try to cut those darn expensive special education services. Last year, CPS DID slash those budgets. Only to receive a crap load of "appeals" from schools that ended up forcing the district to shell out even MORE money for sped. Turns out, special education has NEVER been funded adequately. (I know, I know...I'll give you a moment to get over your shock.)

So this year...I gotta give it to those wily CPS budget shenanigan-makers...they came up with a pretty ingenious way to cut back on expensive sped. They are going to make principals steal from the general education population! In order to meet those pesky federal requirements for special education, principals will be forced to cut gen ed positions, specials, after-school programs, and who know what else in order to fund the protected sped positions. And the district saves money!!! Win win!!  Yay!!!!!

By placing all the funds in one bucket, principals are left in a horrible predicament. They were told explicitly to staff sped FIRST. Because lawsuits. But what are principals supposed to do when the leftover money is not enough? Time to make those "tough choices," I guess. Like, cut teachers until there are 35-40 kids in a class. Maybe not have so much gym, art, or music. Kids don't need those fancy classes anyway, right? Three Rs people!! And after-school programs? Sports teams? Who needs those? Give the kids some video games and a picture of a tree, they'll be fine. 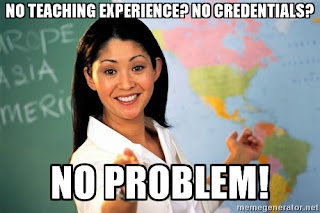 Oh, and no principal had better even THINK about hiring any teacher with more than 3 years in the system. Under SBB, this was already the sad new normal for general education teachers, and now this reality is hitting special education. But hey, this is great news for CPS! Fewer of those difficult tenured teachers who know that schools could and should be better places for kids and are crazy enough to go on strike to get the schools Chicago's students deserve. Nah, those teachers are nothing but trouble. Newbies, let's go with newbies. Especially for the most vulnerable population of kids in the system. Don't know what IEP stands for? No problem! Never written a Behavior Intervention Plan? Who cares! Line up here for the open positions.

This whole thing has the feel of a great big turd tied with a lovely pink bow. Look! Each school's budget is BIGGER than last year!! Hooray! Only...no. Last year's budgets did not include sped costs.. Nope, CPS is just trying to hide their crappy numbers. This year's budgets are just cleverly disguised cuts.

I don't know about you, but this is unacceptable. No wonder principals are fleeing the district. No wonder teachers are on the brink of a strike. We need to fill the streets and put an end to all the nonsense.

I will go out on strike to force this district and city to adequately fund our schools. Will you?
Posted by KatieO at 2:19 PM No comments: